In 2008, Mr. Jerry Moll, the former CEO of Christian Executive Officer Fellowship, had dinner with Dr. Wang at the Little Tokyo restaurant in Hillsboro Village in Nashville, and Mr. Moll shared the vision he had for his next major venture, the formation of the “Living Sent Ministry,” which would encourage businessmen and businesswomen to apply the Scriptures in their workplaces from Monday through Friday.

So the Living Sent Ministry was born, and some of the early founding members of the organization included Jerry Moll, Williams Slater, Bill Lee, James Hiatt and Ming Wang. 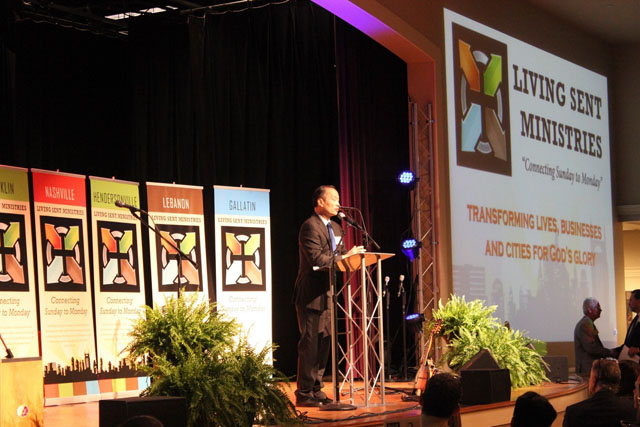 LSM has grown into a major, successful Christian ministry for business leaders and has footprints throughout Tennessee and beyond. Dr. Wang serves as the founding president of the “LSM Club,” with a mission to help raise funds for the ministry from donors.

Each year, LSM has an annual banquet, and at one such event in 2015, Dr. Wang received the honor of being named “a major supporter of LSM for bringing the most number of banquet guests.”